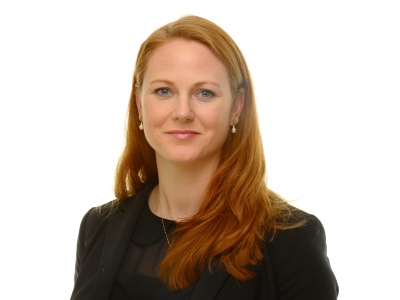 Anticipation was high ahead of today’s European Central Bank (ECB) monetary policy announcement. In particular, investors were keenly seeking new information about the pace of its asset purchase programme going into 2018.

As expected, the size of monthly purchases will be reduced from the current €60bn down to €30bn per month from January for nine months – in line with market consensus expectations.

It was also announced that the principals of maturing securities will be reinvested for “as long as necessary”. This clear distinction between the reinvestment period and the horizon of net asset purchases is notable, in our view, as it relates to the sequencing of ECB policy. Specifically, rates will increase after net asset purchases end, not after reinvestment ends. Meanwhile, key interest rates were left unchanged.

Economic data for the single currency bloc has continued to overall be very positive, although inflation remains well below the ECB’s target of “below but close to 2%”, with the ECB’s own forecasts for inflation only running at 1.5% or below through to the end of 2019.

In terms of positioning, we are short French duration on both fundamentals and valuations and remain short Italian sovereign debt, although we retain our exposure to Italian inflation-linked bonds.

In the US, the Federal Reserve has amended its reinvestment policy and commenced balance sheet reduction. While the next FOMC decision is due on 1st November, our core view is that the Fed will remain on its path of interest rate normalisation and will increase interest rates at the following meeting in December. In the intervening period, all eyes will be on President Trump’s selection of Fed Chair. Despite some disappointing inflation data, the labour market remains tight with the unemployment rate falling to 4.2%.

China has been centre stage over the past few days with the 19th Party Congress opening on 18th October. Key themes to emerge included a significant focus on the environment and sustainability, development into 2050, modernisation of the armed forces and ongoing internationalisation. We have a slight long position in Chinese duration and own select local and hard currency corporate bonds.

We also have a range of other diversified positions in emerging market debt, including Indonesia, Argentina and Russia.

In Japan, incumbent Prime Minister Shinzo Abe and his Liberal Democratic Party and coalition partners won a resounding victory in the snap election that took place over the weekend. We expect a continuation of current fiscal and monetary policy stances in Japan and retain our position for a steepening of the long end of the Japanese Government Bond curve.

Last but not least, the Bank of England will announce its monetary policy stance on 2nd November with the market pricing in an increase in Bank Rate to 0.5% from its current record-low level of 0.25%. Recent economic data releases for the UK have been mixed, with GDP growth for the third quarter of 0.4%, an unemployment rate of 4.3% and CPI inflation rising to 3.0% year-over-year in September.