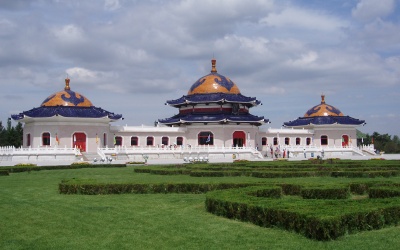 The People’s Bank of China (PBOC), yesterday, raised benchmark lending and deposit rates, in a surprise move that takes effect today (20 October). The rate rise is the first since 2007 and, while most of the market was taken aback by the announcement, we had expected further policy action from the PBOC given that recent efforts to cool inflation had not been entirely successful. The most-quoted 1-year lending rate and 1-year time deposit rate were both increased by 25 basis points. The announcement came largely as a shock to the market which had become convinced that the temporary hike in the reserve requirement ratio imposed on six banks earlier this month had meant …

For professional investors and advisers only

that there would be no interest rate hikes this year. In addition, the market believed the government might use currency appreciation as its primary tool to calm the economy, in the face of growing political pressure ahead of the next G20 meeting. There remains, however, a strong likelihood that this move is a pre-emptive strike against what might prove to be better-than-expected Q3 GDP growth and higher-than-expected inflation in the same period. It is also important to note that in spite of this hike, ‘real’ deposit rates remain at a negative level given inflation levels.

There are a total of seven benchmark deposit rates and five benchmark lending rates. While the hike impacts both deposit and lending rates, current / demand deposits remain the same. The macro policy implications are what is most important. If this is the beginning of a tightening cycle (or a change to a less accommodating monetary stance), then earnings risks will start to rise more significantly for financial institutions. This implication appears to be highly likely as it is consistent with the conclusion of the draft of the 12th five-year plan (i.e. less emphasis on property market, lower GDP/loan growth going forward). The chart below shows that, after the latest hikes, 1-year benchmark lending and 1-year deposit rates are still hovering around levels seen prior to 2006. If inflation pressure continues to build up (the second chart below shows that the market expects CPI to move up to 3-4% in 2010-11) it will be logical to assume that rates are likely to move up more after today.

Impact on industries
For the overall market, tightening should – at the top level – be viewed as negative as the cost of capital increases for companies in China. Still, from a longer term perspective, this hike is something that is needed to provide more stability in the market and to help ease pressures on areas where bubbles might be developing (i.e. property). In general the impact will be negative to highly leveraged companies (select industrial names, airlines) as well as property plays.
As for the banking and insurance sectors, the direct impact of rate hikes, per se, should be neutral to slightly positive in the near term. These hikes are carefully orchestrated to make sure that magnitude of re-pricing will be broadly the same on most loans and deposits. Costs on long-term deposits will be bumped up more significantly, but they should be offset by the fact that a lion’s share of deposits (current deposits) will not re-price upward. For larger banks, there will be slightly more loans that get re-priced than deposits in absolute terms, which will lead to some margin uplift. It is important to note that re-pricing of loans tend to concentrate in the first half of the year – this is because most loans are booked in the early part of the year and loans with duration over one year are re-priced at the anniversary. In time, the share of current deposits will reduce and more people will be willing to put their money in longer-term deposits, likely one year. This will reduce the positive impact on margins longer term. For insurers, benchmark interest rate hikes are also slightly positive in the near term as the reinvestment rate on deposits will move up as a result, especially given the significant bump on long-term deposits rates. The risk in the near term for insurers would be the volatility in the equity market. Going forward, we do not expect another rate hike this year, although we believe that this move is indicative of a more long-term trend.

For professional investors and advisers only. This document is not suitable for retail clients.

This document is intended to be for information purposes only and it is not intended as promotional material in any respect. The material is not intended as an offer or solicitation for the purchase or sale of any financial instrument. The material is not intended to provide, and should not be relied on for, accounting, legal or tax advice, or investment recommendations. Information herein is believed to be reliable but Schroder Investment Management Ltd (Schroders) does not warrant its completeness or accuracy. No responsibility can be accepted for errors of fact or opinion. This does not exclude or restrict any duty or liability that Schroders has to its customers under the Financial Services and Markets Act 2000 (as amended from time to time) or any other regulatory system. Schroders has expressed its own views and opinions in this document and these may change. Reliance should not be placed on the views and information in the document when taking individual investment and/or strategic decisions.

For your security, communications may be taped or monitored.