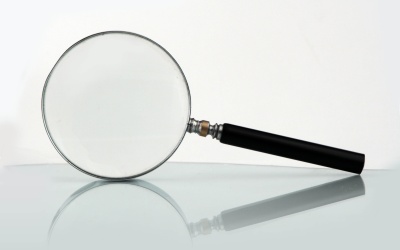 Chancellor George Osborne has spelled out the coalition government’s plan to tackle Britain’s largest ever peace-time budget deficit. Following today’s announcement of the UK’s Comprehensive Spending Review
(CSR), we spoke to several of our investors to gauge their initial reaction….

The chancellor today provided the details as to how he plans to put the UK’s public finances back on a sustainable path. With over 80% of the deficit reduction plan coming from public spending cuts, today’s Comprehensive Spending Review was crucial in maintaining the newly found confidence of international investors in UK government debt. Despite rumours of re-profiling and postponement of cuts, the chancellor did not disappoint by sticking to his Emergency Budget spending numbers – only allowing public spending to rise to £693 billion by 2014/15, from £637 billion this year. Though this is an increase in nominal terms, once we take economic growth and inflation into account, this reduces government spending as a share of GDP from 47.3% to 40.9% by 2014/15. The chancellor confirmed the 490,000 public sector job losses as forecast by the Office for Budget Responsibility (OBR), but given that the economy added 323,000 private sector jobs in the first half of this year, we are confident that the economy can not only absorb the public sector job losses, but also bring down unemployment.

For businesses, there will be both winners and losers. Though public spending in real terms is set to fall, the efficiency reviews that will undoubtedly follow will present opportunities for smaller, leaner and meaner companies to win new business. In addition, where the state is reducing its involvement, it presents new opportunities for private sector solutions. Overall, the spending cuts will undoubtedly have a negative impact on the economy. Government spending has made a positive contribution to growth since the Labour Party came into power in 1997. Looking ahead, the government will soon act as a drag on economic growth, though this is the cost of a lack of fiscal discipline.

View from Thomas Sartain, Fund Manager, UK and European Government Bonds
The CSR revealed few surprises for gilts – evidenced by the market’s muted reaction so far. The bond markets have responded positively to the coalition’s appetite to address the UK’s spiralling public finances head on. Sentiment towards gilts has been so positive that the risks were there would be a sign of a softening in the commitment to cut public spending, or the ‘re-profiling’ of cuts until later in the parliament.

In the event, the chancellor delivered an outline of spending cuts largely in line with that contained in the June emergency budget, with few unexpected announcements.
The gilt market can breathe a sigh of relief that the commitment to reduce the deficit remains very much in place. However, the real challenge starts here, with the implementation of today’s announcements, particularly in the face of the recent slowing of momentum in the economy.

View from Andy Brough, Fund Manager, Pan-European Mid and Small Cap Equities
Investors have been nervous about the impact of the CSR on outsourcing and infrastructure companies given the risk that the spending squeeze hits new capital expenditure and, in turn, earnings. In fact, the cuts revealed today have not been as bad as the market had been expecting, which should be good news for companies exposed to these areas.

The views and opinions contained herein are those of Shogo Maeda, Head of Japanese Equities, and Nathan Gibbs, Fund Manger for Japanese Equities, and may not necessarily represent views expressed or reflected in other Schroders communications, strategies or funds. For professional investors and advisers only. This document is not suitable for retail clients.

This document is intended to be for information purposes only and it is not intended as promotional material in any respect. The material is not intended as an offer or solicitation for the purchase or sale of any financial instrument. The material is not intended to provide, and should not be relied on for, accounting, legal or tax advice, or investment recommendations. Information herein is believed to be reliable but Schroder Investment Management Ltd (Schroders) does not warrant its completeness or accuracy. No responsibility can be accepted for errors of fact or opinion. This does not exclude or restrict any duty or liability that Schroders has to its customers under the Financial Services and Markets Act 2000 (as amended from time to time) or any other regulatory system. Schroders has expressed its own views and opinions in this document and these may change. Reliance should not be placed on the views and information in the document when taking individual investment and/or strategic decisions.
Issued by Schroder Investment Management Limited, 31 Gresham Street, London EC2V 7QA, which is authorised and regulated by the Financial Services Authority.
For your security, communications may be taped or monitored.