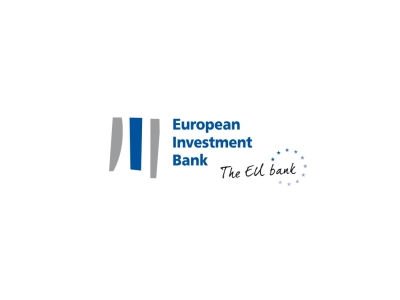 Yesterday in Washington D.C., at a key debate on how to improve the functioning of the Eurozone and Europe’s economy as a whole, European Investment Bank President Werner Hoyer stressed the importance of investment in infrastructure and for a particular focus on creating…

the right conditions for young and innovative firms to thrive in Europe. He also said that the possibility of a new future relationship between the European Stability Mechanism and the EIB should be given “serious thought”.

“Supporting investment matters terribly, it is part of the overall common economic policy response of the EU” said European Investment Bank President Werner Hoyer at the EURO50/C breakfast in the margins of the annual meetings of the World Bank Group and IMF.

He added: “Our research at the EIB suggests that investment in infrastructure has now stopped declining, but it has stabilised at 20% below pre-crisis levels. This is bad for Europe’s long-term growth potential, and it is also bad for the process of economic convergence in the EU and the Eurozone… The countries that score worse in terms of infrastructure quality. In other words, convergence has weakened.”

At the same time when it comes to European companies he said “Our own EIB Investment Survey of European firms shows that their outlook for investment remains positive… But there are important exceptions: conditions have not improved for small firms, for young and innovative firms that tend to invest a lot in intangibles and can’t offer much collateral, and for firms in certain countries where financial systems are still showing strain.”

President Hoyer also addressed a possible new relationship with an evolved European Stability Fund (ESM). He said, “The evolution of the ESM into a “European Monetary Fund” is an idea that the EU Bank looks at with special interest. The EIB provides very important investment financing to programme countries. A future EIB-EMF relationship might be rather like that between IMF and the World Bank. There is great potential for complementarity and mutual reinforcement between the two institutions. We should give this scenario serious thought as we consider how the roles of the different EU bodies fit together.”

President Hoyer pointed to the impact of EIB financing, including through the Investment Plan for Europe via the European Fund for Strategic Investment:

“I am proud of what the EIB – the EU bank – has already been able to do in this regard. We provided over 80 billion euros of financing in 2016 – that’s around 0.6% of EU GDP. That supported investments amounting to 1.8% of GDP. The way we have implemented the European Fund for Strategic Investment demonstrates that the EU budget can be used more effectively to have a greater impact on the real economy by crowding-in financing.

“EFSI is a clear success so far” he added, “After almost 2 years, we are three quarters of the way to our first 315 billion euros target for investment supported.”

A set of findings recently released by the EIB, estimates that the 272bn euros of EIB Group supported investments in the EU for 2015 and 2016 – which include EFSI related investment – will around 2.25 million extra jobs after 5 years, with a 2.3% increase in GDP. After twenty years, the findings predict a level change in the EU economy of around 1.27 million extra jobs and GDP that is 1.5% higher than it would have been in a baseline scenario.